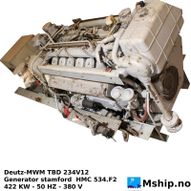 The Vertue was designed by Jack Laurent Giles before the war and has become probably the most celebrated small cruiser ever, largely due to the amazing voyages made in these tough little ships.

It was Humphrey Barton who made the design’s reputation in his blue water voyages in Vertue XXXV and Hiscock spoke highly of the design. He engaged Laurent Giles to design his Wanderer 2 and 3 both designs owing much to the Vertue. Humphrey Barton concluded whilst celebrating his Atlantic crossing that the Vertue was ‘The most perfect small ocean-going yacht that has ever been built’

Fifteen were built in teak by Cheoy Lee of Hong Kong from 1953 and Speedwell of Hong Kong further confirmed the Vertue reputation by sailing home to England from Hong Kong and again sailing to the Caribbean, down to Cape Town and back home. Since these first extended voyages in the 1960’s proving that a well-designed and built small yacht could sail safely off-shore, many Vertues have made similar and longer voyages and a Trans-Atlantic voyage in a Vertue is nowadays regarded as totally normal though still just as challenging.

The early boats had very short coach-roofs with sitting head-room below. After the war, the topsides were raised by a plank and a much bigger coach-roof added extending forward of the mast and raised to a dog-house aft so that Vertues are often identified as “long” or “short” dog-house models.

CONTESSINA, Vertue 121 was built in 1963 for L B Walsh Atkins CMG CVO of London to Lloyds 100A1 and remained in class until November 1977. Stationed in Maylandsea, Essex CONTESSINA remained in her original ownership for several decades. Purchased by the present owner in 2017 CONTESSINA has been thoroughly refitted although retaining her original classic style, features and fittings.

Hull stripped and repainted with Jotun Vinyguard with Jotun Pilot white above the waterline.

Three keel bolts removed for inspection 2019 and found to be sound.

A particularly well presented and maintained Cheoy Lee Vertue built to a high standard with quality timber and materials. These highly desirable yachts offer capable and proven cruising opportunities for either coastal or long-distance. After her recent refit CONTESSINA is in full commission and ready to enjoy.

Important Note: The particulars / images of the vessels listed on this website are believed to be accurate but are not guaranteed, buyers should satisfy themselves regarding the same. No warranty is given as to the condition of vessel's hull, machinery and equipment / gear and an examination by a qualified marine surveyor is always recommended.